What is DAO (Decentralized Autonomous Organization)?

DAO denotes – Decentralized Autonomous Organization, an open-source blockchain protocol administered by a set of rules by the elected members. They automatically execute specific actions without any need for intermediaries. The DAO’s rules are rooted in computer code, which executes itself by the protocol’s behavior. Therefore, it is not required to interpret these program rules as they get implemented by themselves when specific conditions occur.

The program rules and the following actions are recorded on a secure blockchain ledger. The ledger cannot be tampered with because of its irrefutable timestamp and distribution of the information to every participant of the network.

What is DAO in blockchain?

A DAO is a way to organize people and their interests on the internet using blockchain technology. Blockchain is a public ledger system that exists only on the internet. It is based on a complex cryptography system, ensuring that everything written in ‘blocks’ is verifiable.

It raised over $150 million in ether from investors in May 2016 to fund the development of decentralized applications (DApps) and smart contracts. The DAO was hacked in June 2016, leading to the loss of one-third of its ether funding.

How does DAO help?

A DAO helps to keep a blockchain network secure and optimized without any manual intermediation by any of its users. The blockchain participants are incentivized by rewards in the form of token assets rather than binding them by a legal contract. The rules defined by the protocol or smart contract lead the user’s behavior and execute an automated census. So, when no third parties are required, a DAO fastens up the network decision-making and activities resulting in lower management costs.

How do DAOs operate?

In organizations and enterprises, there is a hierarchy, A formal board or executive holds the power to determine the structure and make changes to it. DAO on the other hand is decentralized and is not governed by any single person or entity. The rules of each DAO are coded in a smart contract on the blockchain network and they cannot be overturned or changed unless DAO’s members vote for them.

What are the key benefits of DAO?

After being familiar with the concept of DAO and its functions we can have a look at the 4 key benefits of having a DAO:

1. Operate via a computer code

DAOs operate through computer code and Blockchain technology assures that no individual controls the community. So, decisions are made quicker in a transparent way.

2. Use of smart contracts

The users don’t need to be familiar with each other as the rules of engagement are embedded in a safe, secure, transparent, and open-source blockchain network.

At the development stage, one of the code rules of DAO is that the voting power relies on the number of tokens one holds, and no apart from that no added privileges or rights are given to any of its members.

What are the risks of DAO?

The DAO poses a number of risks, including:

The DAO was hacked in June 2016, leading to the loss of one-third of its ether funding.

The value of ether, the cryptocurrency used to fund the DAO, is volatile and subject to market fluctuations.

The DAO is a new and experimental technology that is still in the early stages of development.

Starting a business or an enterprise requires funding and money to trust in the people you are working with but trusting someone you have only interacted with over the internet is difficult. With DAO it is not required to trust anyone apart from the DAO’s codes that are transparent and can be verified by anyone.

Integrating DAO into your blockchain network can be a decisive move for your startup and enterprises. You can hire a DAO Blockchain Development company to get automated DAO to minimize the need for your organization’s day-to-day administration.

If you have queries and ideas for DAO Blockchain Development, connect with our team of experts. 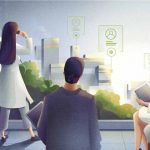 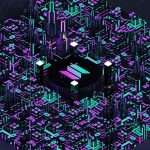 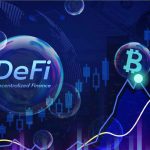